12 Top Most Attractions of London West 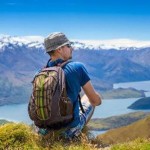 <![CDATA[Located on the smack-bang in the middle of the London, London West is the second most expensive location of the world after Japan’s Capital Tokyo and area is known for its incredible range of theatres, attractions, hotels and shopping. Tourists will always find out something happening on these streets of iconic central London area. No trip to London is complete without soaking up in the unique atmosphere of the West End. This part of London is most vibrant areas for exclusive shopping, shows, history and culture as well as the food and drink. Basically London West area means Leicester Square, Covent Garden, Oxford and Regent Street, and the historic City of London, at the City of Westminster. Let us take you to a brief tour of London West and its 12 biggest attractions so that on your arrival you can cover all legendry areas in lesser time. <a href="http://www.travelmywayforless.com/wp-content/uploads/2015/12/piccadilly-circus.jpg" rel="attachment wp-att-1028">

It is named after the “picadils” (ruffs) which is made by a well known tailor of the 18th century. Piccadilly Circus is one of the busiest parts of the city and reason is five major streets intersect here. In the center of the Circus stands you will find out the Shaftesbury Memorial honor with a bronze fountain topped universally known as Eros. Piccadilly, one of internationally known London’s most fashionable streets is a home to some of the iconic shops like Fortnum and Masons. Even the place is not so far from home of Luxury to stay, The Piccadilly London West End Hotel. Source URL: https://en.wikipedia.org/wiki/Piccadilly_Circus

The Royal Academy of Arts is an art institution set in Burlington House Piccadilly, led by eminent artists and the architects has purpose of promoting the creation, enjoyment and the appreciation of the visual arts by the means of exhibitions, education and debate. Here visitors will find out important collection of books, archives and some tactical works of art. Hours: Sat to Thurs, in between 10am-6pm (last admission, 5:30pm); Friday, 10am-10pm (last admission, 9:30pm) Source URL: https://www.royalacademy.org.uk

It is a high end shopping destination known as the first glass arcade of the UK’s Capital. Not much has changed here since it opened, including the old rules on type of goods on sale. Hours: Mon to Sat, in between 9am-8pm; Sunday, in between 11am-6pm Source URL: http://www.burlington-arcade.co.uk/

The trendy area is bounded by Regent Street and Oxford Street, Charing Cross Road and Shaftesbury Avenue. Soho is established as an entertainment district and it had a reputation as a base of the sex industry because of its nightlife and its position for the headquarters of the leading film companies. Along with the food lovers Soho also serves as a paradise for Theatre lovers. Source URL: http://www.sohotheatre.com/

This entertainment hub of the London West, was built around a small of garden, 19th century with a statue of Thoughtful Shakespeare and the bust of famous former resident, Sir Isaac Newton very near to all this a statue of Charlie Chaplin is also there. Area that is also treated as pedestrian division, include London’s best known cinemas and the locations for most of the film premiers in the UK. Moving little to the square there is London’s Chinatown and Carnaby Street. Source URL: http://www.leicestersquaretheatre.com/

One of the must watch London’s historical symbol Marble Arch is beautiful place to give you a refreshing and peaceful outing in the middle of city’s hone traffic. It is a royal imposing triumphal arch designed by ace architecture of its time John Nash serves as a gateway to the Buckingham Palace but later it moved to the Hyde Park. It also stands close the Tyburn which was used as the execution place of city for more than 600 years in past. Source URL : https://en.wikipedia.org/wiki/Marble_Arch

You will find out the most descriptive art collection of the London here. All these collectables are housed in 25 galleries of a mansion which is built for the Duke of Manchester in the year of 1776. It is opened in year 1900 and not changes since then. The collection contains works some of the unique styles and furniture by renowned French designers from the past. You can visit here for free. Hours – 10 am to 5 pm daily Source URL : http://www.wallacecollection.org/

Regent Park was a royal hunting ground, but now it is a popular place of recreation. The whole park covers 395 acre land which includes lakes, boating pond and big playgrounds for kids, to play tennis and cricket. An open air theater famous for the Shakespeare plays and concerts is also located inside, whereas Queen Mary’s Gardens has a cafeteria and restaurant. The north boundary of park is elegant Regent’s Canal on which pleasant boat trips are offered. Source url : https://www.royalparks.org.uk/parks/the-regents-park

Established in 1791 and set in the heart of Fitzrovia this place is famous for writers and artists. It was inhabited by only guy in the history who holds Oscar and Nobel in his hands the great George Bernard Shaw as well as founder of Scientology writer and philosopher L. Ron Hubbard. Fitzroy House holds the Guinness Book of World Records for Most Published Author. Some of the rare artifacts you can observe inside are Adler typewriters, Grundig tape recorders and the Western Union telefax. Source URL : http://www.fitzroyhouse.org/

Founded in the year 1829, London Zoo is one of the oldest Zoo of the world and also a city’s most popular attractions among kids. Run and organized by the Zoological Society of London, the place is also known for the conservation of endangered animals. Popular species include rare Asian lions, nocturnal animals, and a children’s zoo. Zoo also offers brilliant experiential packages, like Keeper for a Day, sleepovers and workshops. Source URL: https://www.zsl.org/zsl-london-zoo

Lords The Mecca of Cricket

This Cricket Stadium is known as the Home of the cricket as the game is invented and publicize by England and this is one of the oldest Cricket Ground of World. Here you can take a tour of the Museum and Long hall of the Gallery (Cricket art gallery).

One of London’s most famous addresses 221b Baker Street is a home of the fictional character Sherlock Holmes. The place is protected by the Government for its special status among the fan of Sherlock Holmes. Hours – daily 9.30 am to 6 pm. Source URL : http://www.sherlock-holmes.co.uk/]]>

20 Most Beautiful Places to Visit in the UK

Places Worth a Quick Visit in London – Business Travel Special